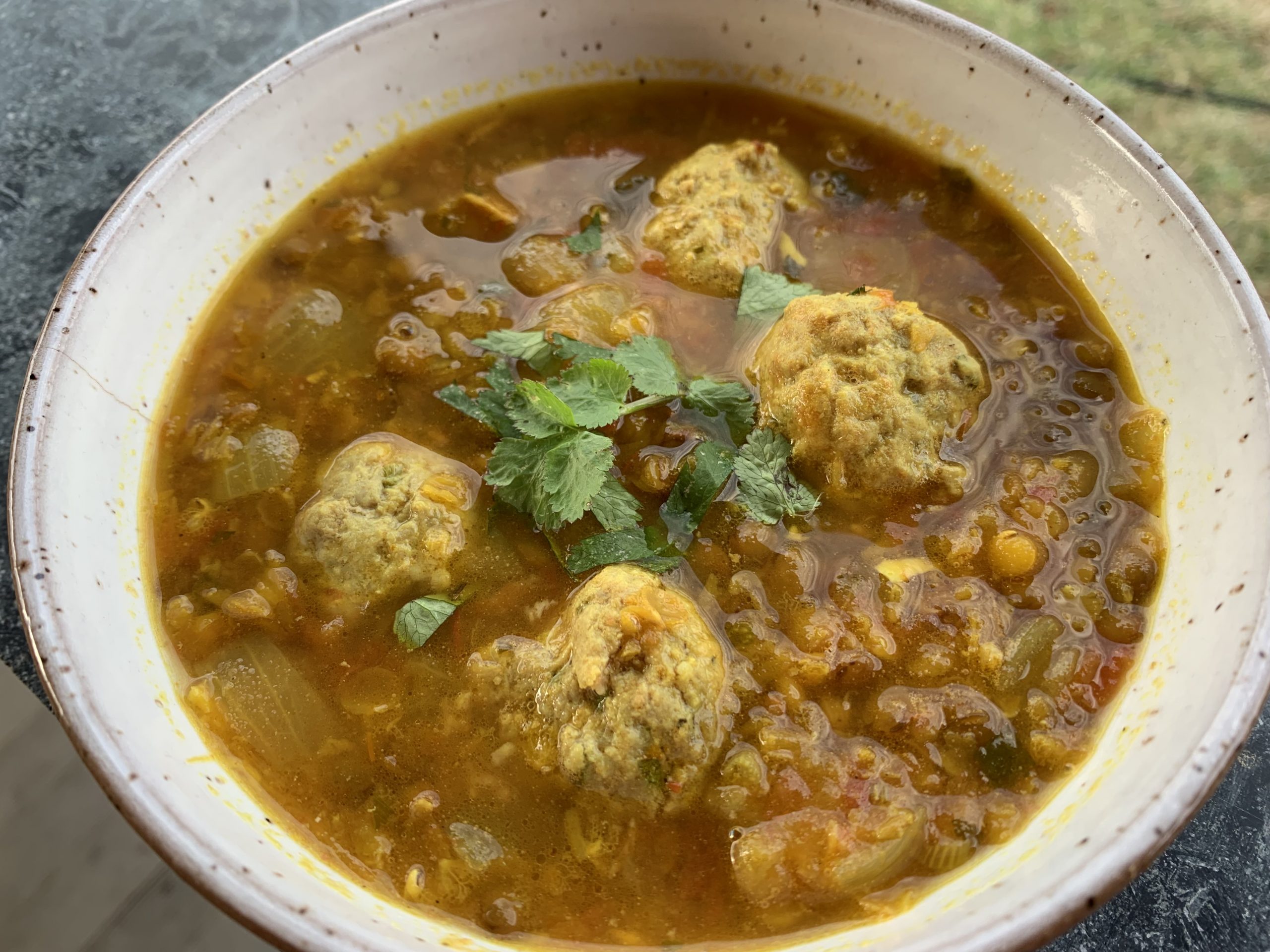 This Moroccan lentil soup comes from the N.Y. Times food section and is originally vegetarian.  We’ve used chicken or beef broth in the soup and added a pork meatball at the end.  But, it would certainly be delicious without these changes.   Fantastic recipe especially those warm spices on a cold winter night.

4 garlic cloves, minced or mashed in mortar and pestle

Place all ingredients in a bowl, combine and set aside.

Add tomato and cilantro and bring to a brisk simmer. Cook, stirring, about 5 minutes, until mixture thickens somewhat, then add 1 teaspoon salt, the brown & red lentils and broth. Bring to a boil, then reduce to a gentle simmer, covered with the lid ajar.

Let soup simmer for 30 minutes, then taste broth and adjust salt. Cook for 45 min more at a gentle simmer, until the legumes are soft and creamy. It may be necessary to add more liquid from time to time to keep soup from being too porridge-like. It should be on the thick side but with a pourable consistency.

Once lentils are soft and with the soup at a gentle simmer, drop a spoonfuls of seasoned pork into the soup.  Let the spoon and meat hit the hot soup and the meat will slide off the spoon.  Dumplings don’t have to be a perfect shape.  Once all the meat is in the soup, allow to simmer another 10 minutes to cook through.

Serve with a sprinkle of fresh cilantro.